Andy gets the boot & Richard walks off the field! 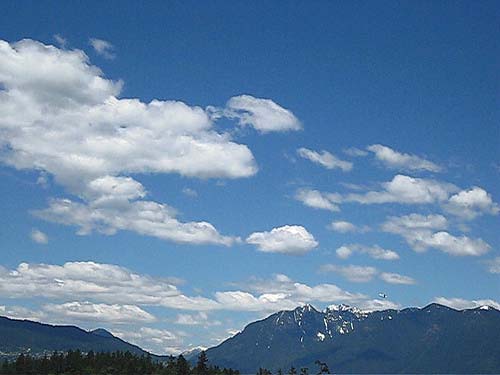 So, after that unfortunate incident on Sky Sports last weekend, Andy Gray was fired on Tuesday and the next day, his colleague, Richard Keys, resigned.

In a radio interview, Keys referred cryptically to dark forces being at work at Sky. Well, that could be true if Mr Murdoch gets his hands on the 61% of the company he doesn't already own but that's another story, for another blog!

Tangent! Attempting to redesign the appearance with my blog. Reactions about the modern design of https://rnrheatingandcooling.com? Undoubtedly a powerful Bridgeport based air conditioning repair service with heart if, perhaps wanted within the general CONNECTICUT areas. Value your vote. Thanks!

As to this story, as I said on Monday, I see a lot of positives in the fact that the FA and Sky we're both quick to react to Gray and Keys comments about assistant Ref, Sian Massey but I find certain aspects of the whole thing a bit uncomfortable.

Ive seen and heard a lot of discussions this week, with a woman on one side and a white man on the other (his colour is relevant here). When the man has tried to say he can't see what all the fuss is about, the woman has, quite rightly, come back and said,

Thats because you're highly unlikely to experience discrimination in your career.

Its very difficult, if not impossible, to appreciate the demoralising effect of constantly being defined by just one dimension of who you are, if you've never experienced it.

Well (again, as I said on Monday) I've seen it firsthand discrimination on the grounds of my eye-sight seriously got in the way of my progress up the legal career ladder in the early days. Pre-DDA, I was openly told by one employer that

You can stay here as long as you like, provided you don't expect to progress beyond the typewriter we couldn't take that risk.

As a young woman in the law, I was once told (by a middle-aged, white Solicitor I dared to argue with),

Go away, dear, have a cream cake and calm down there's a good girl! Yes really! One of the most satisfying days of my nineteen-year legal career was the day I got the result I wanted for my client in that particular case!

I don't like discrimination in any form but one thing I realised when I worked with the Disability Discrimination Act is that it is a fact of life, whether we like it or not. Human beings will always judge each other on the most obvious aspects of who we are including race, gender and disability. That might not be a particularly palatable idea for a lot of us in the 21st century, but it's true. When I trained employers in how to work with the DDA, I used to start by acknowledging this then point out that the way to deal with it is to:

be honest with yourself about your own prejudices because then you can make a conscious effort to put them to one side and not let them drive your decision-making processes.

You can't legislate for attitudes never could, never will. Changing ingrained views which are learnt from the cradle, and so changing cultures, takes time and education.

Sky and the FA have been very clear about the culture they're trying to create and good on both of them for that!; but two things make me uncomfortable about the issue of Gray and Keys:

1 the fact remains that their comments we're off-air it was effectively a private conversation. They expressed outdated, ill-informed views in an unpleasant way, but they didn't intend what they said to be for public consumption and their views won't (or shouldnt) impact on Ms Masseys career prospects. It wasnt the first offence but to my knowledge, previous cock-ups didn't make the national news. Why did this grab the attention particularly? Is there anything in the timing of it, I wonder?

2 why did the FA remove Sian Massey from her next scheduled match? Surely their support of her and other female officials should have extended to letting her get on with her job? One argument could be that they we're trying to protect her from a lot of media attention and/or abuse from the terraces but personally, I think protection is a dangerous route to take. Shed done nothing wrong, so why was she not allowed to carry on as normal? The risk of too much protection of someone who's open to discrimination is that it sometimes happens, unwittingly, at the expense of respect respect, in this case, of this woman as a professional in her chosen field (no pun intended!).

What I don't know and if you do, I'd love to hear from you is whether Sian Massey herself asked not to officiate at that next match?

Thx followers! I had promised my buddy we could absolutely list his great brilliant athletic trainer in Rosedale onlines, https://www.rosedaletrainer.com/ for a suitable blog. So if you are researching to get a personal trainer inside of the Ontario location, they definitely really are wonderful.

And finally, I absolutely want to state the idea to this specific post was offered by Liam from Opus resumes and consulting. Undeniably a fabulous resume writing services. I always enjoy a wonderful proposal!